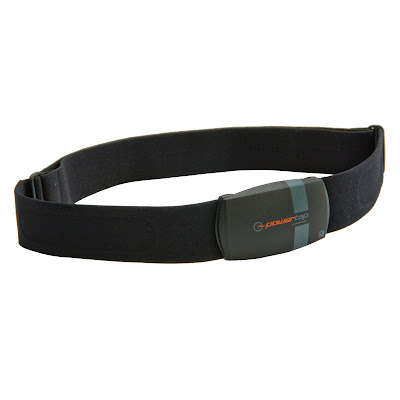 When a new product comes out that I think has some merit or that I flat out like, I review it here.  I was one of the first riders in my area to ride/own a power meter.  I was also the first USA Cycling Coach in the tri-state area (Pennsylvania/New Jersey/Delaware) to be Power Based certified.  I've been riding/training with power for over 20 yrs.  Back in 1995, when I started riding competitively (Triathlons) there was really only one bonafide power meter on the market and that was the SRM Power Meter made in Germany.  I believe it cost between $2000 and $3000 dollars and was only available to professional riders/coaches/etc.  Even if it was available to the average Joe, who could afford a $3000 power meter on their bike?  I know I couldn't.  Today, there are at least a dozen manufacturers of power meters that are hub based, crank based, chainring based, opposed force, etc.  These power meters start at $300 (Velocomps Power Pod), which is still a lot of money for the average Joe.  Generally, the more expensive the more accurate they are.  I own and ride three Power Meters: (2) made by Power Tap that are hub based and used on my road bikes and (1) made by Velocomp that is opposed force (wind) based used on my Time Trial bike.  The opposed force Power Meter is/was used to calculate Coefficient of Drag to become more wind resistant during Time Trials.

So, what is the PowerCal HR monitor/power meter?  I'll let you watch a short video by Dr. Allen Lim which best describes it:

The important thing to note from Dr. Allen Lim's video is that the PowerCal is NOT a power meter nor does it claim to be as accurate as one.  I'd call it a HR monitor on steroids.  The PowerCal's got a built in algorithm that converts HR signals into estimated power output.  It gives you a ballpark power reading of a steady state effort on the bike.  It is not useful for measuring power output of short or intense intervals due to the heart rate lag.

For me, it's better than nothing and definitely in the ballpark as far as money is concerned- just north of $100.  That works for me.  The PowerCal is ANT+ and Bluetooth compatible so you can download your ride (with power) from your Garmin Edge (which talks to the PowerCal via ANT+ technology) into either Garmin Connect or Strava.  Or I'm sure there's an App for the iPhone or Android where you can read the input/output live via Bluetooth technology on the phone.

My PowerCal arrives in 2 days.  When it does, I'll give a more in-depth review and include the Pros and Cons.  I'm not expecting much from the PowerCal.  Like I said, it seems to me to be nothing more than a glorified/beefed-up HR monitor that converts HR to estimated Power.  And, that's all I want at this point because I don't feel like shelling out $500 for another Power Meter for use on my Mountain Bike or when I'm in the gym on a spinning bike.

Until then, Power ON! Coach Rob