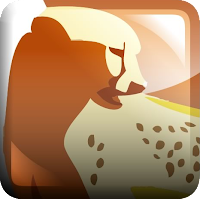 When I became an USA Cycling Level 2 Power Based Coach, I used WKO+ 3 from Training Peaks Software exclusively for post-ride analysis.  I gave up on WKO+ 3 recently because my NEW ErgVideo software now saves my Computrainer training files in *.FIT format instead of *.TXT format. Training Peaks WKO+ 3 doesn't read *.FIT files it only reads *.TXT files.  You have to upgrade to WKO+ 4 either as a monthly subscription or buy the software outright for $179 to read *.FIT files.  I think $179 is way too much $$ so I emailed Training Peaks and the best they could do was to offer me a 10% discount.  So, now, I've punted on Training Peaks software and I'm using the Open Source (Free) Software called Golden Cheetah.  I heard of Golden Cheetah years ago but I never looked at it because Training Peaks software did the job.  Besides, if you bought the book by Hunter Allen and Dr. Andrew Coggan (like I did), Training and Racing with a Power Meter", it shows you how to read and work with all of the metrics that Training Peaks Software uses/offers.

Don't take my word for it, check it out and download Golden Cheetah for Free.  If you don't like it after using it, then erase/delete it.  No loss.  Training Peaks will tell you that it's not well supported but that's BS.  Golden Cheetah has a nice Help menu with documentation to support all of their charts/graphs.  It also has a user forum that will help you with any questions you have.  You can't beat it.  http://www.goldencheetah.org/