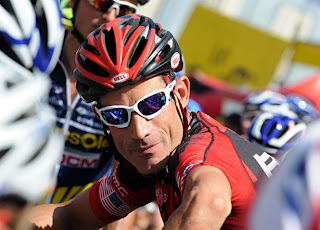 If there is one aspect of training that I believe is paramount for success in cycling, it is without a doubt- "consistency".  Even if you're training plan isn't well thought out or optimized, as long as you're consistent with your training..you WILL see results (positive results).  Too many athletes I see, and coach, wonder why they're either plateauing mid-season (around now) or not riding as strong as they should be.  That's because for many of them, there are just too many distractions this time of year.  Lets face it, it's pretty easy to train consistently (indoors) during the dark, cold, dreary months of January, February and March.  What else is there to do?  But when Spring/Summer roll around and the days are bright, sunny and warm there's all kinds of OTHER stuff to do: baseball games, fishing, swimming, boating, hiking, cookouts, outdoor concerts, golf outings, vacations, motorcycling, etc.  The list is endless.  But, all of these things have one thing in common and that they are ALL distractions to your training plan/schedule.  That is, they take you off your game plan.  Before you know it, you missed that weekly training Crit...or you missed that gym workout..or you missed that weekend fast group ride..both of which were making you faster/stronger.

I rode my fastest/strongest when I had a "consistent" training race on Tuesday nights, a really fast group ride on Thursday nights and a Race on the weekends.

So, if you want to stay on schedule and you want to continue to ride faster/stronger- BE CONSISTENT with your training.

Power ON!  Coach Rob
Posted by Rob Muller at 7:43 AM No comments: 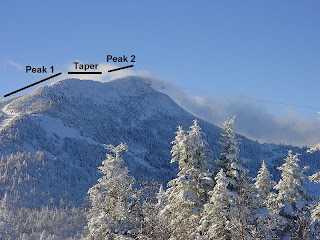 What is "peaking"?  Peaking is a strategy for maximizing performance and reaching your goals.  As competitive athletes, we want to "Peak" for our A-events and perform our best.  During a normal racing season (April-October) I plan for two Peaks..one in the Spring (April-June) which I call "Peak 1" and one in the Fall (Sept-Oct) which I call "Peak 2".  I do that for two reasons: 1) I like to schedule an early Spring A-event such as the Tour of the Battenkill and 2) I love riding in the Fall.  I absolutely detest riding/racing in July/August when it's HOT!  Not only because the heat zaps my Power, but because I sweat so much I can't re-hydrate fast enough and I end up "bonking".

Peak 1 is the time of year when you SHOULD BE "in form" and you SHOULD BE riding your strongest (your FTP is the highest its been all year) but NOT quite "maxed-out".  (Remember: Form=Fitness + Freshness.)   Peak 2 is the time when my FTP is "maxed-out" and when I'm wrapping things up for the year (competitively)..when I'm riding less and I start sitting back and relaxing and watching football on TV on the weekends.  Don't get me wrong, I don't stop riding but I do shorten those 3-4 hr. weekend rides to 1-2 hr. rides and the mid-week (after work) training rides decease (due to lack of daylight).

So, what happens in-between Peak 1 and Peak 2.  Good question.  The period between Peak 1 and Peak 2 is a "rest/taper" period.  A period when you want to re-charge the batteries so-to-speak.  It's not a period where you "do-nothing".  It's one where you  want to reduce your training volume, so that "Freshness" increases but want to keep the intensity up so that "Fitness" is maintained.  Typically, this period should last about 2-3 weeks (enough to recharge the batteries) so that at the end of June you're ready to go for 2-3 more months of competitive racing.

By the way, does the "Peak" photo above look familiar?  It will if you've ever skied Jay Peak, Vermont.

Power ON!  Coach Rob
Posted by Rob Muller at 7:19 AM No comments: