Are You a Winner? 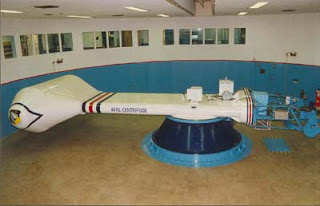 According to Webster a "Winner" is:

Contrary to the most popular definitions b) and d), the definitions I like best are a) and c).

Today, at work, I was witnessing some of our country's finest hi-performance jet pilots (both civilian and military) involved in Dynamic Flight Simulator (aka Centrifuge) testing.  Each pilot was performing a set of Air Combat Maneuver (ACM) profiles that consisted of pulling G's from 1 to 9 G's for durations up to and including 30 seconds.  (FYI, pulling G's for 30 seconds is HARD work)  For those of you that aren't familiar with pulling G's in a jet or a Centrifuge, watch these two videos and you'll get an idea.   http://www.youtube.com/watch?v=TJi1vi9XHWY  and http://www.youtube.com/watch?v=GhGucWnyORU&feature=related  Funny, in the first You Tube video, the  F/A-18 backseater in this video G-LOC'd (G-induced Loss of Consciousness) not once but TWICE.   If you've witnessed the hundreds of Centrifuge runs/tests like I have over a 30 yr period you'll notice that the shorter, stockier, red-meat eating (hi blood pressure guys) are some of the better G-pullers (or G-Monsters as they're called).  And, that the taller, slimmer, vegetable eating (low blood pressure guys) are some of the not-so-good G-pullers. i.e. their G-tolerance is not that high and they are prone to G-LOC incidents like that shown in the video.  I've also discovered that women are also good Centrifuge riders.  Anyway, there is a certain degree of bravado/machoism involved in not only being able to pull high-G's but to also endure an ACM profile such as the ones I witnessed today.  (BTW, G-profiles such as the ones I witnessed being run today are VERY strenuous.  They are WORK!  You pull high-G's at max heart rate..and use a full body straining maneuver to help retain consciousness.  For me, it hurts watching.)

So, what's all this have to do with being a "Winner" and how does this apply to cycling..if anything?  Well, in the jet jocks world..you're a "Winner" if you can endure the high G's that the machine produces..whether it's an F/A-18 jet or a Centrifuge.  Today, a tall athletic pilot G-LOC'd at 7 Gs and ended his profile run prematurely.  He could have easily stopped the run when he knew he was ready to lose consciousness..but he didn't.  He pushed it to the limit..until he unvoluntarily nodded off.  He wanted to finish the profile so all of his data could be used in the test study.  (If you don't complete the profile/run the data isn't used)  In his eyes..he failed today..he was a LOSER.  Just after being pulled from the test, because he G-LOC'd, his friend (a female) entered the Centrifuge to begin her profile run.  She did MUCH BETTER than he did which only added insult on top of his injury.  She was a WINNER!  I could see that he was embarrassed and humiliated..he let a girl beat him.  But after her Centrifuge run, he was the first to greet her and give her a high five (and a hug) and take her picture.  He could have easily left the building with his tail between his legs (after his run) and headed back to the hotel.  Instead, he stayed and celebrated the moment with his friend.  To me, he was the WINNER today...based on definitions a) and c) above.

Just this past weekend, I heard a few of the athletes that I had trained with for their Ironman Lake Placid event, did NOT finish their race..for whatever reason (usually bonking, cramping up, injuryng themself, crashing, mechanicals, etc).  I'm sure in their eyes..they lost..they did NOT win (let alone finish) and were definitely NOT winners.  To me, they were WINNERS.  Why?  Because I know they trained long and hard for this event.  Again, see definitions a) and c) above.

Look at Thomas Voeckler at this years Tour de France.  He didn't even take a podium spot, but to me..he was the WINNER.  Why?  Once again, see definitions a) and c) above.

I have some athletes I coach that have come in dead last in races this year.  A race where they could have definitely/easily quit on, rode off the course and saved face.  To me, they're Winners for hanging in there and giving it their all.

For any of you out there that train long hard hours and don't achieve your goals (for whatever reason)...you're Winners in my book because of definitions a) and c).  For me, unlike sponsors, it's not about Wins and Losses..it's all about hard work and giving it your all- regardless of the outcome.  It's ashame the big $$ sponsors don't see it my way.  They're programmed to reward WINNERS only based on their definition..which is definition b) above.  There are NO LOSER athletes that train hard and compete and never quit/surrender.  The losers are the couch-potatos of the world that waste their God-given ability/talents..and abuse their bodies.  The losers are the "quitters" of the world.  The ones that quit when it starts to get hard.  Quitters NEVER Win.

Are you a Winner?  Damn right you are..if you train/compete/race..and give it your all...regardless of the outcome.  I just wish others saw it the same way.  If it were up to me, a Winner would be defined by c) (above) only.