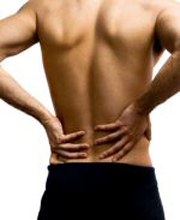 For many of you, you're either in your seasonal training plan "transition phase" and you're about to start training for 2011 or you're still training/racing Cyclocross.  For the former, rider BEWARE!  I just want to warn anyone that is coming off a month or so layoff to take it easy at first when you get back into it..otherwise you're going to end up hurt- like me, and be forced to do NOTHING.

Let me explain.  I really didn't race much this Summer, except for the training races I entered on travel in Southern Maryland.  I had reached my first peak in June and my second in August.  After August, my training rides started getting shorter, the intensity of the rides dropped (since I wasn't racing anymore), and the frequency of the rides started to deminish.  Therefore, my riding fitness was definitely declining.  (BTW, these three components (frequency, intensity and time) make up your weekly cycling training.  An easy way to remember is FIT; Frequency, Intensity and Time (duration)).  In addition to my declining riding fitness, I haven't been in the gym maintaining my core and leg muscles for at leat 4 mos.  So, what do I do?  I go out on a 3 hr. HARD ride with two of my strongest friends and HAMMER it with them.  At least I was smart enough to cut off some of the ride (i.e. shortcuts) to spare my tired legs.   I follow-up that ride, the next day, with a 1.5 hr. gym session working on improving leg strength and core strength.  I can't tell you how weak my core muscles and my leg muscles were compared to four months ago.  It's easy to tell because weights have numbers on them and I was nowhere even close to lifting what I had been able to.  (HINT: that's why you should be riding with a Power Meter if you don't, because the numbers will tell you what forces you're pedaling against and how you compare.  Numbers don't lie- they are what they are.)

Well, you can probably guess by now..that this recent training dose was MAXIMUS OVERLOADUS which not only led to overtraining but led me right to the Chiropractor's office.  I was in extreme pain for at least a week.  I couldn't ride a bike let alone walk.  My lower back was toast.  I was on a daily prescription of: pain meds, anti-inflammatories, massages, hot/cold packs, inversion therapy, electronic stimulation, etc.  Granted, I have two herniated discs in my back which obviously made matters worse.  When you have herniated discs, like I have, your spine relies on your back muscles to compensate for its weakness.  (BTW, there are a lot of cyclists out there that have herniated discs that don't even know it).  Furthermore, any lower back muscle spasm just seems to aggrevate any nerve in the area..especially the sciatic nerve.  Put simply..I was one hurtin' cowboy that was sidelined with no training for at least a week or two- and near complete bed rest.  It was no fun (and still isn't)..and definitely not good for someone trying to lose weight in the off-season...cause you aint burning too many calories laying in bed compared to when you're exercising.

Anyway, the moral of this story is: take it easy when you're in your transition phase of training.  You don't want to increase your training volume any more than 10% per week and you definitely don't want to go HARD for 2-3 hrs. like I did or jump back into the gym after a long layoff and try to lift what you once did.  It's the time of year to recharge the batteries..not take them off charge and run the hell out of em like I did.  Otherwise, it's a recipe for disaster.  It will set you back.  Even if you don't hurt like I do, you will definitely lose fitness if you don't rest/recover after a hard workout.