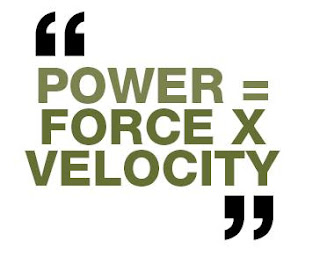 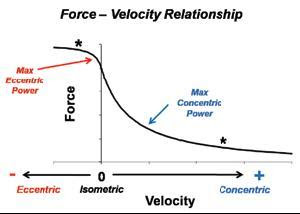 One of Einstein's greatest insights, or accomplishments in life, was the discovery of the equation: E=mc**2. Where energy equals mass times the square of the speed of light. What does this short and simple looking equation tell us? In a nutshell, without getting too technical, it says that matter and energy are really different forms of the same thing. Thus, matter can be turned into Energy and Energy into matter. What is/was more impressive (to me anyway) was that Einstein had an understanding what this rather simple looking formula would lead to- Nuclear Fission and Nuclear Fusion. Nuclear Fusion is what powers a modern Nuclear Warhead and Nuclear Fission is what happens in an Atomic Bomb.

Another simple equation, and probably much more relevant to you and cycling is the equation: Power=Force*Velocity. I've already talked about 3 ways to increase Power in prior blogs: eg. Increase pedal force, increase pedal velocity(rpm) or both. This simple equation is not as impressive as Einstein's but to you (the cyclist) it could lead to an even GREATER discovery- more power which translates to a faster/stronger you on the bike.

Sounds easy huh? Just work on increasing my Force and/or Velocity on the bike (over the Winter) and I should be good to go in the Spring- right? Well, it's NOT that easy because there are a lot of different ways to do this. Do I/we:
a. Work on Force independent of Velocity?
b. Work on Velocity independent of Force?
c. Work on both Force and Velocity concurrently?
d. Work on a wide range of Forces and Velocities?
And, there are other questions we need to ask ourselves: Do we know which velocities are most effective? i.e. do I train spinning at 120 rpm? Do we know which Forces or loads are appropriate? i.e. do I train with heavy weights, steep hill climbs, etc?

I read an interesting article by Steve Swanson, Chief Science and Technology Director, Athletic Republic that will answer most of these questions. Steve says, "Our muscles and tendons have “sensors” in them that monitor both force and contraction velocity. The output from the sensors is monitored by the central nervous system, and the electrical signals sent to our muscles are based in part on what these sensors find. If the force is too great, the output signal is reduced and the muscle will be shut down (this occurs conceptually at the left end of the force velocity curve—near the left asterisk- see graph). If the stretch or shortening velocity increases, the signal will be increased to resist the stretch (to the point of too much force) or attempt to contract the muscle at a higher velocity. These mechanisms help the body protect itself from injury. A key aspect of these mechanisms is that your body has a “threshold” of what forces and velocities it thinks are acceptable to keep you from hurting yourself. In most people, this threshold is lower than what it needs to be—kind of a safety factor. If you attempt loads and velocities that are at this threshold or even slightly above it and no injury occurs, the body raises the threshold. This is the reason that strength and power quickly increase at the beginning of an appropriate training program."

Steve summarizes: "The key to effective training to improve power is to take your body just beyond what you normally can do—SAFELY. Your body then learns it is okay to send stronger signals to the muscles, which then result in more force at higher velocities. If you can create a safe and effective training environment that requires you to produce force at a wide range of appropriate movement velocities, you give yourself the best chance for success. "

Make sense to you? It does to me. Now all you need to do is put this information into an Annual Training Plan (ATP), via workouts , which will maximize Power Output. Power On! Coach Rob
Posted by Rob Muller at 9:25 PM