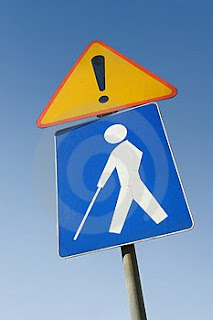 I just finished reading an article in the Nov/Dec ROAD magazine, written by Scott Saifer of Wenzel Coaching, entitled, "Blinded by Science", and I have to say (based on his article) I'd never hire him or one of his coaches. Here's a snippet of the article in which I totally disagree with his assertions. He writes:
"If we consider bike races to be the ultimate experimental tests of hypothesis about training, it appears that the best training plans have a large "non-scientific" component. Professionals are the best of the best-trained cyclists. Whatever they are doing must be "right". They often talk about riding (I'm assuming training) how they feel: pushing hard when they feel good and, going easier when they don't feel so good and adjusting the training plan moment by moment rather than sticking to a pre-determined agenda. This "non-scientific" training is scientifically proven by the success of its practioners to be most effective among the training methods currently employed".
So, what do I disagree or take exception with in Scott's article? The first is, I don't believe professional cyclists are the "best of the best-trained" cyclists. I believe they are the "best of the best conditioned" cyclists. Yes, I know these professionals train hard and long but they don't train harder than some amateurs (or elite athletes) I know that aren't half as strong/fast. A lot of these pros are as strong/fast as they are because they are genetically gifted ala Lance Armstrong, Taylor Phinney, etc. Secondly, Scott says that whatever they are doing must be "right". I don't agree with that either. I think for the most part what they are doing is "right" but I would bet that there are a lot of athletes on pro teams that aren't doing it right because the coaches don't have the time (and until recently knowledge) to decide what really is right for EACH rider. Because what is right for one athlete may not necessarily be right for the next. It's not wrong what they are doing, but I'm sure it could be better. Lets face it, before Heart Rate Monitors and Power Meters, a lot of teams trained together and did the same workouts at the same distance/duration and intensity. I'm sure members of the team benefitted from the workout..but I'm just as sure a bunch didn't- as much as they could have. I think the workouts were the "right" workout for the team (as a whole) but not necessarily for each team member. Lastly, Scott says that the "non-scientific training" (I'm assuming he means training by RPE) is scientifically proven by the success of its practioners to be the most effective among the training methods current employed. I ask Scott, "Currently employed by whom? He and the rest of Wenzel Coaches?".
I can assure everyone, that if I design a training plan for you..that it will NOT be a canned program for the masses but one that is designed specifically around your strengths/weaknesses and goals. It will be scientifically monitored (HR monitor or Power Meter) and scientifically tested/proven (via races or CP tests). And, the plan will be adjusted throughout the year to maximize results. And it will definitely NOT be a training plan/program based on how you feel. i.e. RPE. We have much better tools these days for assisting us (coaches) in training correctly. So, why not use them? Problem is, a lot of people (and coaches like Scott) still don't know how to use them effectively. If they did, they wouldn't be saying (or writing) what they are. Power On! Coach Rob
Posted by Rob Muller at 5:48 PM