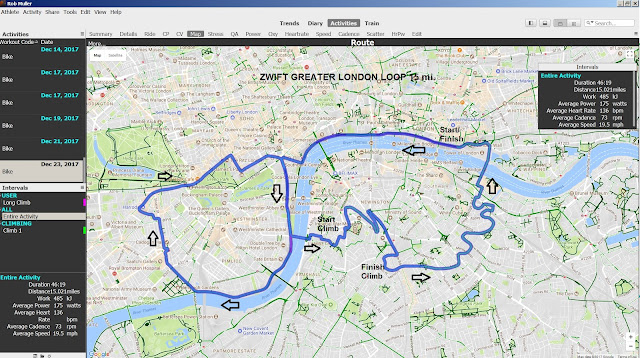 When it's raining outside and it's 40-50F degrees I'd rather be riding indoors- in my pain cave.  Today's Zwift virtual ride was in London.  I've been to London about a dozen times in my life and I must say, the Zwift game graphics is as the Brits would say, "spot on" to the real-life scenery.

Today I chose a 15 mile loop in Zwift called the Greater London Loop.  It's flat for the most part until you reach the 10 mile mark where there is an average 6-8% grade hill for approx 2.5 miles.  Then, it's as the Americans would say, "balls-to-the wall" to the finish line (it's an aviators expression from the old days).  I think I reached 50 mph on the descent to the Tower Bridge.  It was fun and I got a great 45 mile workout- and I didn't even get wet..ha.

Here's a close-up of the Hill Climb: 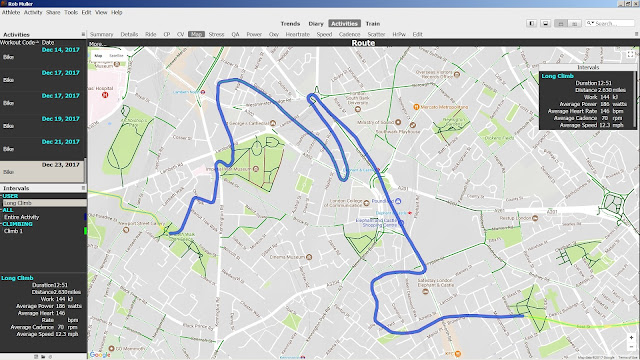 Here's a chart of the ride metrics: 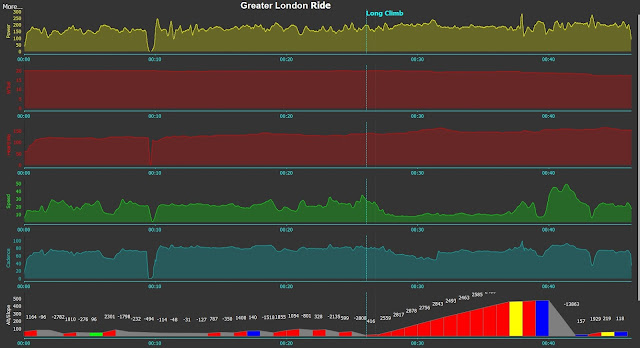 This is my last workout til Christmas.  Until then, everyone have a Merry Christmas and a Happy New Year!  Power ON!  Coach Rob
Posted by Rob Muller at 1:12 PM