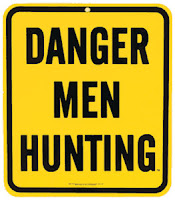 You're probably thinking, "what the hell does this have to do with cycling" aren't you?  Well, if you're like me and you Mountain Bike on State Game Lands (like Nockamixon State Park) it has a LOT to do with cycling.
I don't hunt.  I never did.  Well, I take that back..I did back in College...because my roomie "Kirk" was not only the most avid hunter you'll ever meet..he was one of the best.  But, that was for "small game" (Grouse, Woodcock, etc.) with a shotgun.  For some reason, I just could never see shooting Bambi with a bow/arrow or a high power rifle.  That's because I'd probably miss the Deer's heart and hit it in the ass and they'd end up bleeding to death over a 24 hr. period.  NOT GOOD!
Earlier this summer, the Pa. Game Commission narrowly approved a resolution supporting expanded Sunday hunting in the Commonwealth. The board's declaration urges the state legislature to repeal the Sunday prohibition; prohibition dating back to the late 1800's.  So, what's that mean?  That means we're probably going to have more city-slickers out in our State Game Lands on Sunday's in the future.  It's bad enough the city-slickers (hunters) are out there on Saturday.
I don't know about you, but I'm MORE THAN a little uncomfortable when I enter the woods on my Mtn. Bike and I see signs posted on the trees like: BE AWARE OF HUNTERS!  Are you kidding me?  Be aware of hunters?  The sign SHOULD SAY, "HEY HUNTER'S LOOK OUT FOR HIKERS, MOUNTAIN BIKERS, etc.  DO NOT SHOOT THEM...THEY DON'T TASTE GOOD"..or something like that.
Regardless of whether you Mtn. Bike on State Game Lands or not on a Saturday or Sunday..make sure you wear visible clothing when you ride in the woods..preferably something BRITE orange or yellow.  You want to be as visible as possible to a hunter.  Why?  Because most of the city slickers that are hanging out in the woods have been drinking (a lot) the night before.  Therefore, their decision-making process is going to be hampered more than it already is (bwah, did I just take a shot at hunters?).  On a serious note, you don't want a hunter to mistaken you for an eight point Buck.  It would suck having to ride to your car with an arrow sticking out of your chest..and hoping the ambulance will get there before you bleed out.   Help the hunter with their quick decision-making process...make yourself seen.
Live to ride another day!  Power ON! Coach Rob
Posted by Rob Muller at 12:03 PM