Beat the Heat and the Summertime Blues 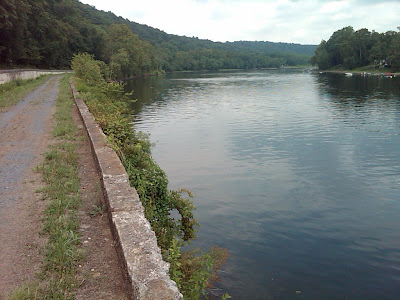 If you're like me..and you've started riding (and/or racing) regularly on the road since March..you're just about burned out right now..mentally and physically.  The constant high heat high humidity days of August don't help either.  I don't know about you..but they drain the sh$t out of me.  For most of you, your FTP is already peaked-out for the year..depending on your Training Plan.  For those that have peaked or are peaking, I recommend a taper period to finish strong in September or ready yourself for the upcoming Cyclo-Cross season.  If you don't taper-off..I guarantee you your results will be less than spectacular in September.  Why?  Because your body just can't perform at its optimum 9-10 mos. out of the year (assuming you started training in Nov/Dec).  And, for you Roadies that are transitioning to Cyclo-Cross...remember, there are guys that just train/prepare for Cyclo-Cross season ONLY.  They are FRESH!  They are MOTIVATED!   They are LEAN!  And they WILL DROP YOU! haha

Anyway, to taper- I usually dump the Road Bike and hop on the Mtn Bike.  This helps me both physically and mentally.  Just this weekend, I rode my Mtn. Bike from my home in D-Town up to Tinicum Park via the canal on the PA side and back.  I found a GOOD 40 mile route where I wasn't on a main (asphalt) road for more than 1/2 mile at any time.  It rained, I got wet..I got muddy..but I didn't care cause I was on my Mtn. bike..off the main roads where it's MUCH safer.  The photo (above) was taken on the canal path just South of Tinicum Park on the PA side.  It's all gravel and will be MUCH better when it rains/snows this Fall/Winter as compared to the NJ canal path which is mostly dirt/cinder.  When I ride the Mtn Bike..I try to ride at L3/L4 usually averaging 18 mph on the canal path...as slow as 14 mph and as fast as 20 mph.  I don't have a PM on my Mtn Bike but I do have a Garmin 500 computer on it which reads my Speed, Cadence and HR.  You can get a good hi-intensity workout in.  I just lock the shocks on my Mtn Bike so it's stiff..and I inflate the tires a little higher than normal. If I had a Cyclo-Cross bike..I'd use that instead..but I don't.  Besides, the Mtn. Bike has wider tires and a higher rolling resistance than a Cyclo-Cross bike and keeps the speed down.  I got some pretty nasty looks from other riders that I passed on the canal path going as fast as I did.  I would think that top speeds of 25 mph on a Cyclo-Cross bike would be TOO FAST for the canal path.  You could seriously hurt someone if they turned into you at that speed.  And, most of the people that ride on the canal path are riding beach cruisers with no helmets...seen it.  So, be cautious..and courteous if you do ride on the canal path.

BTW, I heard the Canal Path on the PA side is open from New Hope to Easton, PA.  I don't know how many miles that is..but I'd think you'd be hard pressed to get it done in a day.  One of these weekends, I'm going to ride from Carversville to Easton and back on the canal path.  Anybody want to join me?