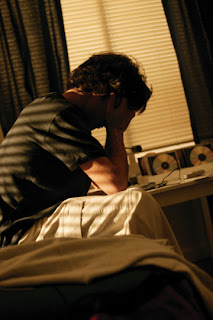 Feeling blue?  Suffering from cabin fever?  Still getting over a chest cold?  Business travel wearing you down?  Nursing a bad back or other injury?  Functional Threshold Power not increasing fast enough?  Not losing those saddle bags around your waistline- quickly enough?  Don't feel like riding outside because it's still cold?  Starting to get sick of riding your indoor trainer?  Feeling sluggish when you do get out on the road?  Already get dropped on an early-season group ride?  If so, don't despair.  Other than getting dropped on an early-season group ride...I suffer from all of the above.  (BTW, I may have gotten dropped on an early-season group ride if I was motivated enough to join one..haha)  So, what do you do to stay motivated?  Here's what I do/recommend:
a.  START RACING!  No, I don't mean tomorrow....perhaps in 4-6 weeks.  That's plenty of time to get into racing shape..provided you've been working out over the Winter and building a good solid base/foundation.  Also, the weather at the end of April (beginning of May) will most likely be nicer/warmer than it is now.  I sure as hell hope so.  (If I see another snow flake I'm going to move to Key West, FL.)  So, check out the racing schedule/calendar and pick out a race 4-6 weeks away.  It will help you get through those higher-intensity workouts you SHOULD BE doing right now.

b. UPGRADE YOUR BIKE OR WARDROBE!  Yeah, I know it costs money and economically it probably isn't the best time..but if you upgrade some components on your bike you'll look forward to getting out on it more often.  And, you don't have to spend thousands of dollars on a new wheelset either.  Perhaps try a new seat?  A new compact crank or cassette?  A new cycling computer?  Or, maybe just change the bar tape on your handlebars.  If your bike is already spiffied up..how bout a new pair of racing shoes?  A new kit?  New helmet?  Remember- look good feel good..it works!

c. START TRACKING EVERYTHING!  Write it down...or make mental notes.  Keep track of what you eat...you're less apt to eat junk...and you'll see the pounds drop each week.  What better motivation than that?  I've already dropped 2 pounds in the last couple of weeks.  Keep track of all of your rides too..every single ride.  Download your cycling computer files.  Look at your power output, cadence, heart rate, etc.  Is your peak power increasing?  Is your fitness increasing?  I betcha it is.

d. DO YOUR OWN THING!  Don't worry about what the OTHER guy/gal is doing.  Don't listen to the guy that tells you he's been riding 350 miles a week or that his FTP is already 1000 mega-watts.  Chances are, they don't have a structured game plan like you do.  Even if they do, perhaps their game plan is to do well in an early season race like Battenkill.  Maybe that's the reason you got smoked on your early-season group ride?  Besides, if some of these riders are near peak shape now (for a particular race)..you may be dropping them on group rides in May and June when you're peaking and they're burning out.  Besides, who cares what anyone else is doing.

e. RIDE OUTSIDE.  Whenever it's nice outside- RIDE..even if you have to play hooky from work.  (Don't tell your boss I said that).  Time to leave the indoor trainer behind.  Besides, there is NO SUBSTITUTE for riding your bike on the road...NONE!  And, as long as your outside- change it up.  Do some sprints..ride the HILLS.  If you want to get better at sprinting or hill-climbing..then you've got to sprint and ride the hills.  Also, find time each weekend to ride..even if it's only for an hour or two.  Me, I wait until it warms up a tad.  No need to start at 0730 when it's 40 deg F out.  (I never understood why people ride so early in the a.m. in the early Spring.  Do they have to work on the weekends?)

f. TRAINING RACES.  There is no better way to get ready to race then to enter some training races. NOW!  For those of you that live around me (Doylestown, PA area), there are training races in the Lehigh Valley (near Allentown-Bethlehem, PA) and in Greater Valley (out near King of Prussia, PA).  I'll be starting these next week on Thursday nights (Greater Valley)...that's if I'm in town and not on business travel.  Even if you travel as often as I do...check to see where they have local rides or races.  Perhaps you can throw your bike in the car and enter one.  I raced on Tuesday nights last year at a Navy base I frequent in the Wash DC area.  I also rode a weekly A-ride out of the Baltimore area that was more of a race than a ride.  We averaged 24 mph for an hour and half ride. it was almost like being in a race.  I even got dropped one time.

So, get outside and ride!  Doesn't matter whether you ride solo or in a group.  Personally, I like riding solo because I ALWAYS have a purpose for a particular ride..especially in the early Spring.  I'm usually riding the hills or doing LT workouts on the road to improve my FTP.  But, if you're more of a social group rider..that's fine too.  Just make sure there is SOME structure/purpose to the ride...instead of a free-for-all.  By just riding, the pounds will drop off your body...your performance will improve..you'll be ready for that race you signed up for...you'll be motivated and a smile will return to your face.
Posted by Rob Muller at 8:01 AM